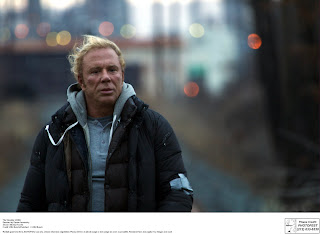 Every year Indiewire compiles a list of top favorites from the editors of indieWIRE and industry insiders. Included in these "industry insiders" are festival programmers and acquisitions folks.

I have a love/hate with "top ten" lists but I always love to read this one since Festival Programmers see so many films that don't break through and have seen so many films overall that I love to see what makes it into these lists. I can never narrow mine down to ten - that's one thing I love about my job is I actually like movies and honestly like a lot of them. If you asked me my top ten favorite films of all time, I would be more selective but in any given year, I like films for a variety of reasons... sometimes, a film stands out, because I feel like it's a new talent and someone to watch out for their next film and sometimes, the film captures the mood of that year and time. And sometimes a film stands out enough to even make it into the "of all time" list but mostly I just love films.

Here is my list with some additions that I forgot!
Also, my friend had posted sarcastically lovingly, I'm sure: "A list of films you can't see in the theatres or rent - how helpful!" Well sir, many of these are available on Netflix and others are available on that new thing called "the internet". Plus, many of them played in festivals, like AFI FEST and smaller regional festivals - once again making festivals so important!

I had a really hard time narrowing it down to 10 - there are 15 I think stood out above the rest. (Note: unranked, alphabetical order)

"The Class"
"Encounters at the End of the World"
"Frozen River"
"Happy-Go-Lucky"
"Hunger"
"Man on Wire"
"Milk"
"Momma's Man"
"The Order of Myths"
"Rachel Getting Married"
"Secrecy"
"Slumdog Millionaire"
"Synecdoche, New York"
"Waltz with Bashir"
"Wendy and Lucy"
"The Wrestler"

And films released I forgot that are awesome:
"The Pleasure of Being Robbed"
"California Dreamin' (Endless)"

I forgot to mention in the undistributed:
"Prodigal Sons"
"Dear Zachary"
"Of all the Things"

I love that Matt Dentler added these categories:
My new obsession is finding films online!

Happy Hunting
Posted by ShazBennett.com at 11:40 AM

ShazBennett.com
Silverlake, CA, United States
I'm a writer, filmmaker, performer, storyteller, commedienne, film programmer. My films and performances pieces have been shown all over the US, Mexico, Canada and in Europe in film festivals, theatres, museums and abandoned warehouses. For the past 10 years I've been directing Programming at AFI FEST in Los Angeles. I've worked at the LA Film Festival, San Francisco Film Festival, Monaco International Emerging Talent Film Festival and the Sundance Institute. I've consulted and been on juries and panels for festivals around the US, Mexico, Canada, South Africa, Burkina Faso, Sweden, France, and Denmark. I watch 1000's of movies a year so I need to get out more. I live in Silverlake, CA with my filmmaker/DJ better half and our cat. We curate a night of film, spoken word and music at the Echo Park Film Center called "A Shot and A Beer" and perform a lot send me your email and I'll add you to the list. I write most of all.